We’re happy to announce that we have moved to our BRAND NEW office at 1051 Solano Avenue! We're still in our same beloved neighborhood, just down the street by San Pablo Avenue. We’re excited to see you again in our new space, designed to enhance our comprehensive care of your eyes. If there’s anything we can help you with, please give us a call or text at 510-526-3937. 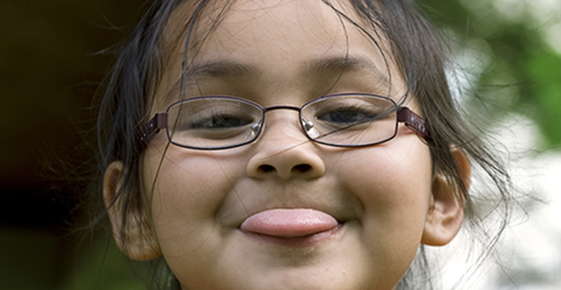 In the summer of 2013, news spread quickly about a dangerous new trend, called "worming" or oculolinctus, and a serious outbreak of disease among Japanese youth. Upon further investigation, many news sources retracted or amended previously published stories, saying the stories of a sudden increase in illness were only a hoax. In popular culture and social media, however, eyeball licking has earned a prominent presence; a quick internet search reveals that - rumor or not - this new fad has in fact caught on in both the east and the west.

The act of eyeball licking is what it sounds like - licking another person’s eyeball. While children participate in any number of fads on dares or to fit in, this trend carries a number of serious health risks. By spreading the bacteria from one person's mouth to another's eye, "worming" can result in a number of serious infections and even blindness.

• Pink Eye or Conjunctivitis - Pink eye is highly contagious and common among children. It can be caused by both a viral and bacterial infection of the eye. Symptoms include: itching, redness, inflammation, and watery discharge (viral) or green/yellow discharge (bacterial).

• Herpes - Oculolinctus can easily spread the highly contagious herpes virus from one person's mouth (cold sores) to another's eye. Present in an eye, the herpes virus can lead to scarring of the cornea and eventually blindness.

• Corneal Ulcers - A corneal ulcer is an open sore on the outer layer of the cornea. Fungi, bacterial infections, and parasites normally cause corneal ulcers. The rough surface of a tongue, however, can easily scratch and infect the delicate surface of an eye leading to blurred vision, a bloodshot eye, pain, itching, watery discharge, and a white patch on the cornea. Minor abrasions can be treated with antibiotic drops, but a more serious abrasion might result in the need for a corneal transplant.

Talk to your teens. Find out whether they have heard about "worming," know someone who has tried it, or whether they already have. To stop this dangerous trend from spreading, inform your children about the serious, irreversible risks associated with eyeball licking.